Alicante and Panama City the challengers of the week

After Marbella last week (won by Stefano Travaglia –Italy) Spain will host another tournament at Alicante. Favourite n.1 Roberto Carballes Baena, Marco Cecchinato is n.2 seed, most of all with 12 Spanish players in the running for this challenger title!
Here you will find the draw

Panama City is guided instead by Dusan Lajovic and Rogerio Dutra Silva.
50,000 dollars is the prize money and 80 Atp points at stake for the champion!
Here for the main draw

Orders of play – tournaments of the week:
Alicante
Panama City

Have a nice week of tennis! 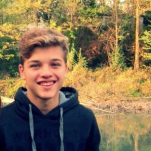